STOP PRESS –  Most of the best catches today were on blobs pulled or static – or lures on slow glass lines in the east basin.

The Temperature at 6ft reached 20C on Friday 14th which hopefully represents a peak for the year (there is some wind on the way). Temperature dropped down to 18C but today was up a little to 19C with a clarity in Gateside Bay of 2m. Colin Riach sent these photos of his recent trip when the water was warm and he as always did reasonably well on dries. His track is shown in the picture below and shows where he was getting results. He was of the opinion that the fish were feeding on phantom midge larvae.  There are some well known schools of surface fish swimming around in the eastern basin which will not look at anything I am told – although they are nice to watch…..Advice I heard from yesterday was not to waste time on these fish but to stay out in the open water on dries where there were some very high catches taken. With the east wind prevailing the clarity in the western drifts has not been as good. 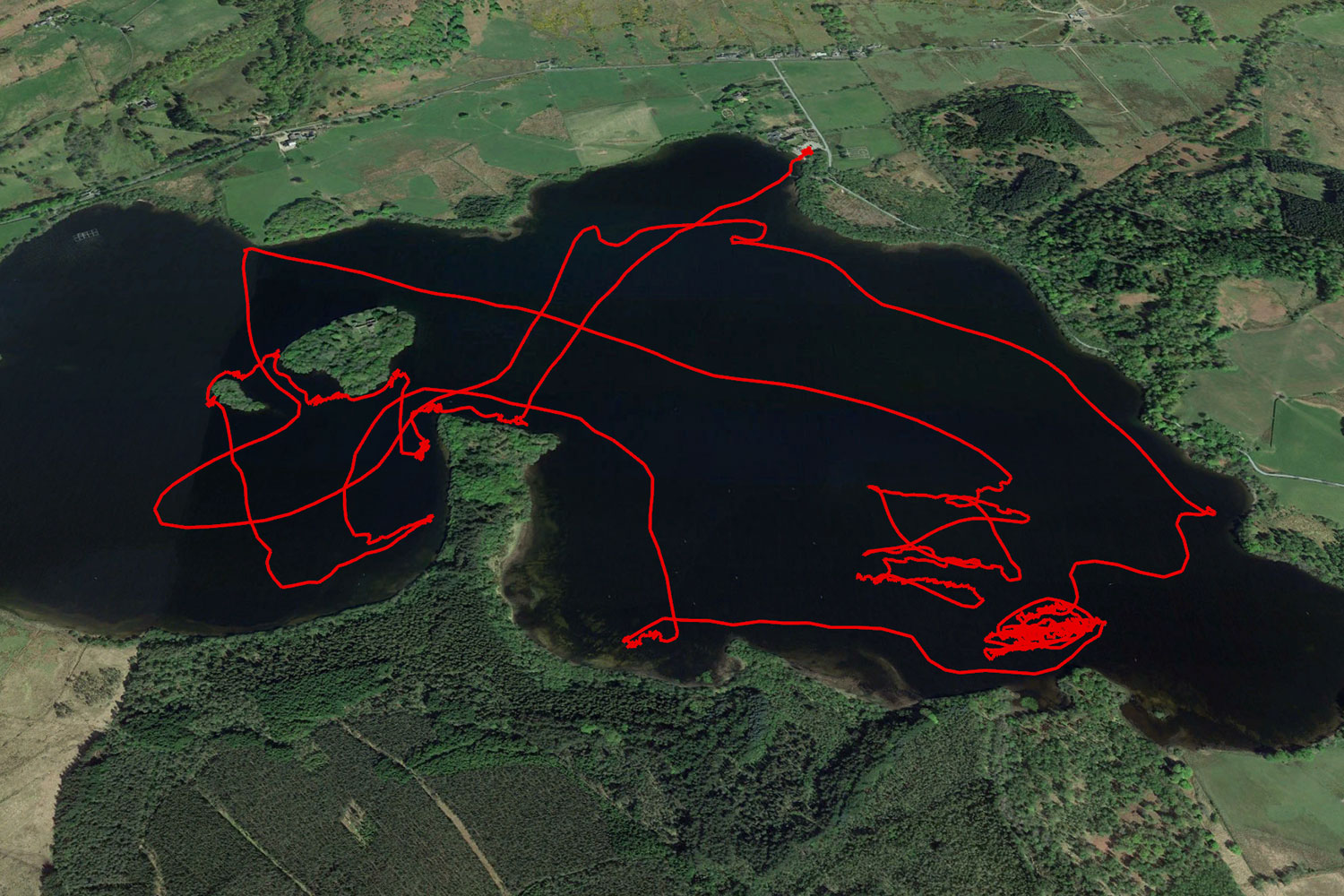 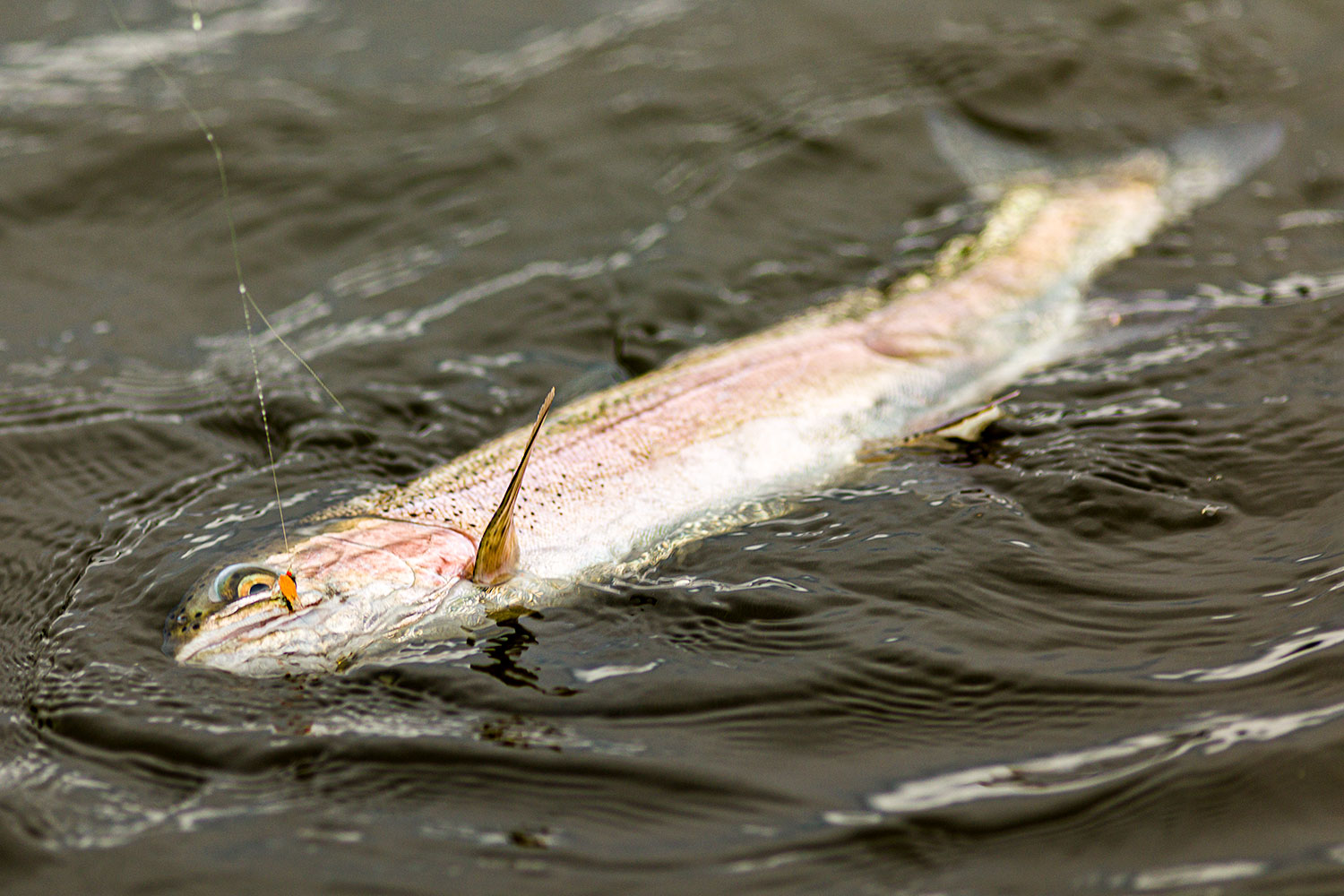 The evening fishing is now over for the year. We are aware that the web cam is not showing online and will try to fix it as soon as possible. Also internet related – we plan to keep the current booking system until the end of this season.