Clarity has improved with more cloudy days and loads of wind. Havent got the exact data (we forgot) but the surface temperature at the boats is reading 15.3C so this bodes well for summer fishing. 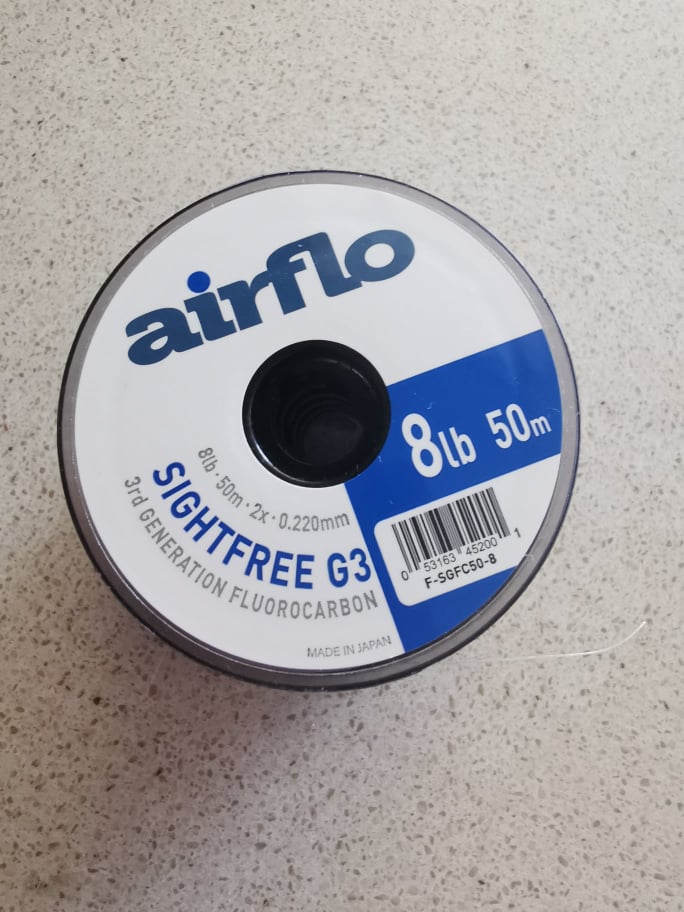 hes of nylon on the go – and matches lost :(. It appears we have a culprit this time. I tested some of this stuff in the shop and it is very very weak and has been taken off display.  I contacted airflo today and got this reply from Colin Thomas. “We have been quite open about there being a bad “mislabelled batch and will replace any fluoro for customers that have had issues.”

Well done airflo for fessing up and the good branded G3 will still be my tippet of choice. It is just the above branding type that has the problems apparently – white with light blue quarter. The differently branded 8lb G3 is as the label says……

The Lake is looking at is best in its summer finery these days. Make hay while the sun shines. The herons are busy upsetting the anglers by beasting into all sorts of chicks.  On the upside I did see a heron tucking into some poor wee merganser chicks…Inside but not in a good way….:). Look out for feeding mergansers if you are pike fishing, swallows and martins  if you are after trout.

Some good pike have been landed on the fly recently with Rob Fusco having tremendous sport last night. He told me the wind is good because it brings the bait fish to the surface…He had 48 jacks and biggest to the boat was 12lbs, although he lost two estimated to be in the 20lb range. Wind is also good because you cover more water, are harder to see and it helps cast those big mother of all flies.

The cormorant youth club chase is going well with Angus Robertson in the lead and the rest of the pack grouped in the middle according to angling coach Alisdair Mair.

It was hard going at the weekend but the return to cooler cloudier weather has improved the fishing markedly with very good sport again to be had on the dries at the Malling Shore and to a lesser extend Tod Hole, Sandy Bay and Gateside Bay.. However as they say a “A week is a long time at the Lake ………….and techniques and hotspot areas can change”. Stocking this week will be on Wednesday and thurs or Friday. Todays catches were a bit mixed with some good catches and some rating it hard…..

Top team in the Club champioships was Saltire FF represented by Coiln McDonald, Alan Gilbert and Peter Edge. They landed a total of 23 fish for a weight of 48lbs 12.6 ozs. Also going through to the semi-final are East Kilbride AC “B”, Dunfermline Railway AC “A” and Aberdour AA “A”.
Top rod on the night was Jim Hay of Dunfermline Railway AC “A” who landed 11 fish for a total weight of 22lbs, 6.4ozs.  Craig Inglis won the boat league heat again (14 fish) pulling his damsel. It was the best catch night so far this season for the BL with a rod average of 4.7 fish. In the Scottish Open Fly Fishing Championships heat on Sunday the top 3 anglers (Jake Gilchrist, Martin Mccafferty and Peter Auchterlonie) all had 9 fish in very warm, bright and windy conditions, 20 anglers progressed.
Gary Hamilton had a fine day on the dries last Thursday and his catch included this bute. As he says “Power to your elbow”. 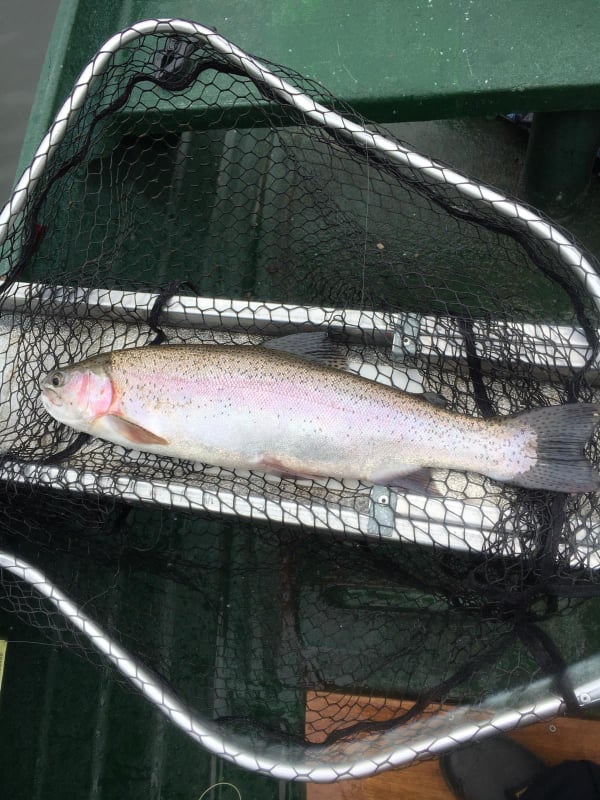