In the Ladies National the 12 anglers caught 76 fish. Top rod and 2021 Ladies Champ is Jean Ferguson with 12 fish. Jean was nymphing with a 6ft sink tip and did well at Lochend/Tod Hole, 2nd place was Dione Roberts with the same number of fish (but smaller length) who was fishing a 6ft sink tip in Hotel Bay and 3rd was Jane Wright with 11 trout (slow glass Hotel Bay). Below Jean Ferguson is presented the trophy by Quint Glen and Dione and Jane play fish in Hotel Bay. 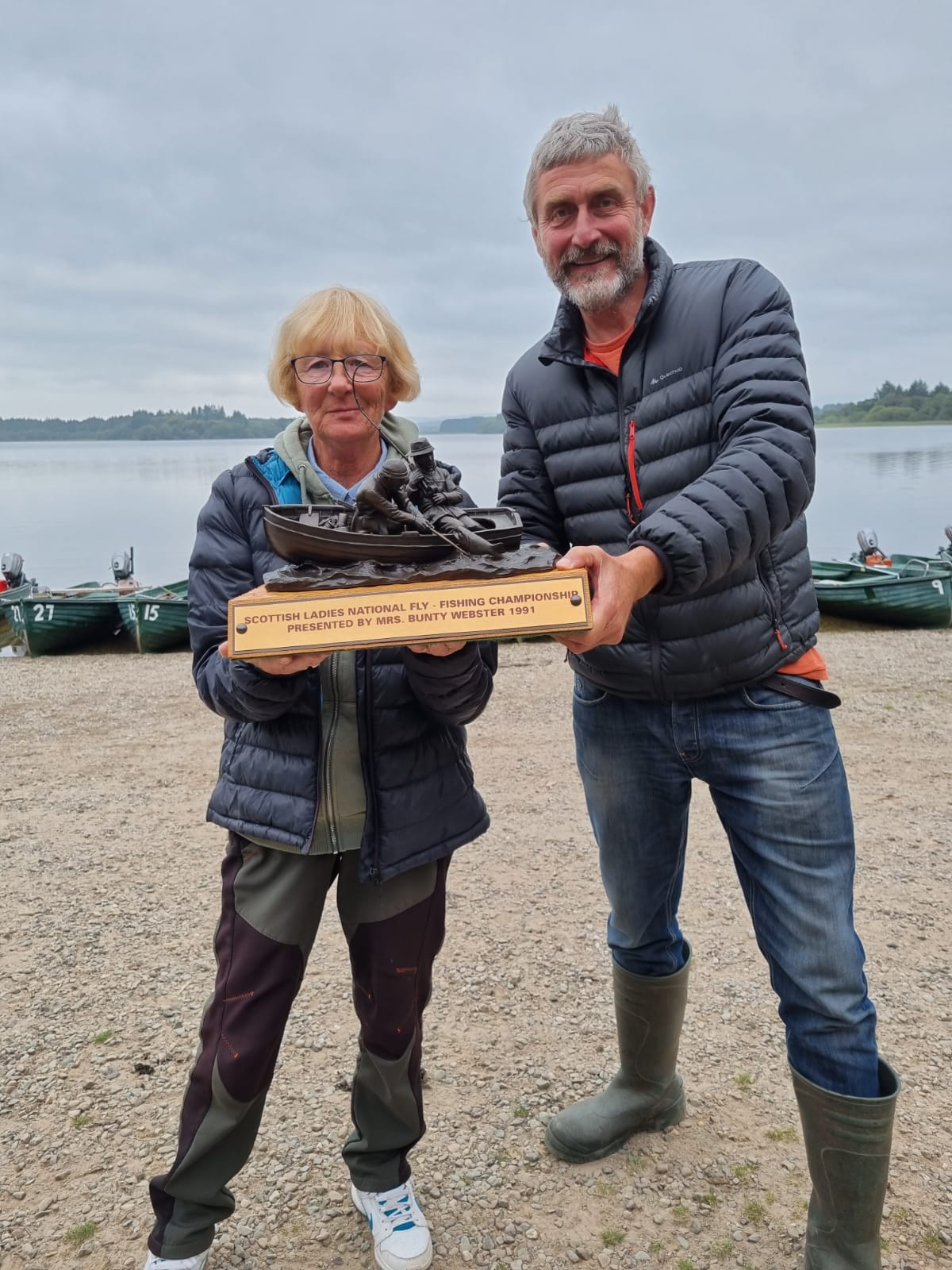 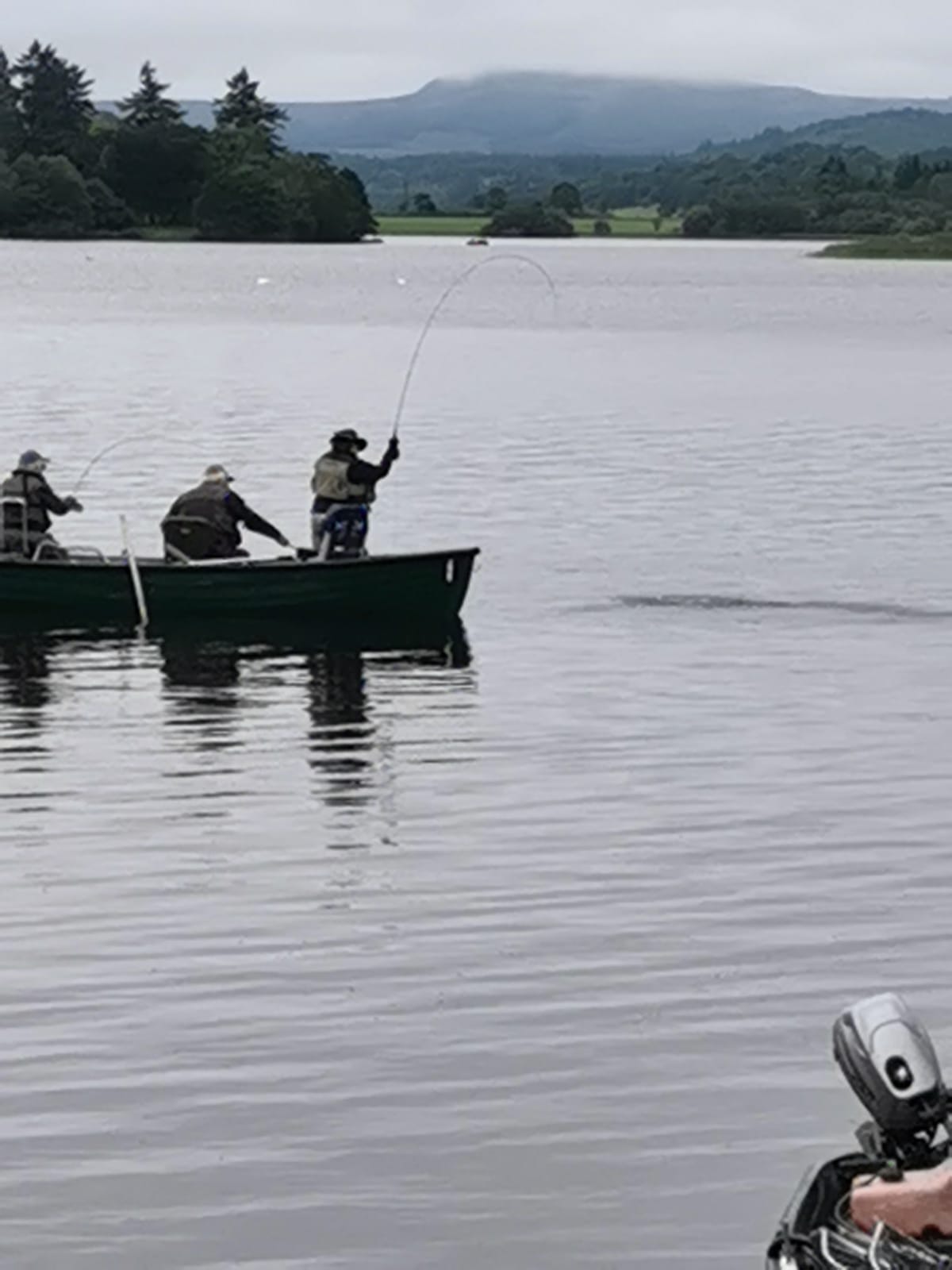 Fishing has been in the excellent to hard range this week. With a ripple and some cloud some folks have had their best fishing for a long while, while others have not faired as well as they expected – especially in the flat calm and bright. Temperatures are set to rise again though. It was 17C at 6ft on Sunday……Clarity has hit 3m for the first time this year (today). Tactics have varied: Willie Hutchison from greenock was into double figures with his damsel on the road shore and Colin Clerk’s boat  had a fine catch (20 plus) in Gateside Bay with nymphs on sink tip. Alan Stewarts boat was into double figures on buzzers. On Saturday 4th the Grizzlecats had 89 fish with their 6 boats.

We have stocked 402 fish today with 500 planned to go in on Friday after the Police National on Thursday.

We have had a few cancellations this week. We now have one boat spare for Wednesday and four spare for friday – please book online or phone 01877385664.

On a less positive note the spread of ash die back is becoming plain for all to see and it is hard to watch these magnificent trees at Menteith slowly die. The younger ash seem to be hit first with the bigger trees being more gradually affected. The fungus aparently is expected to kill 90% of ash trees. Hard to beleive that I have witnessed the eradication of Elm and Ash being wiped out in my lifetime so far. 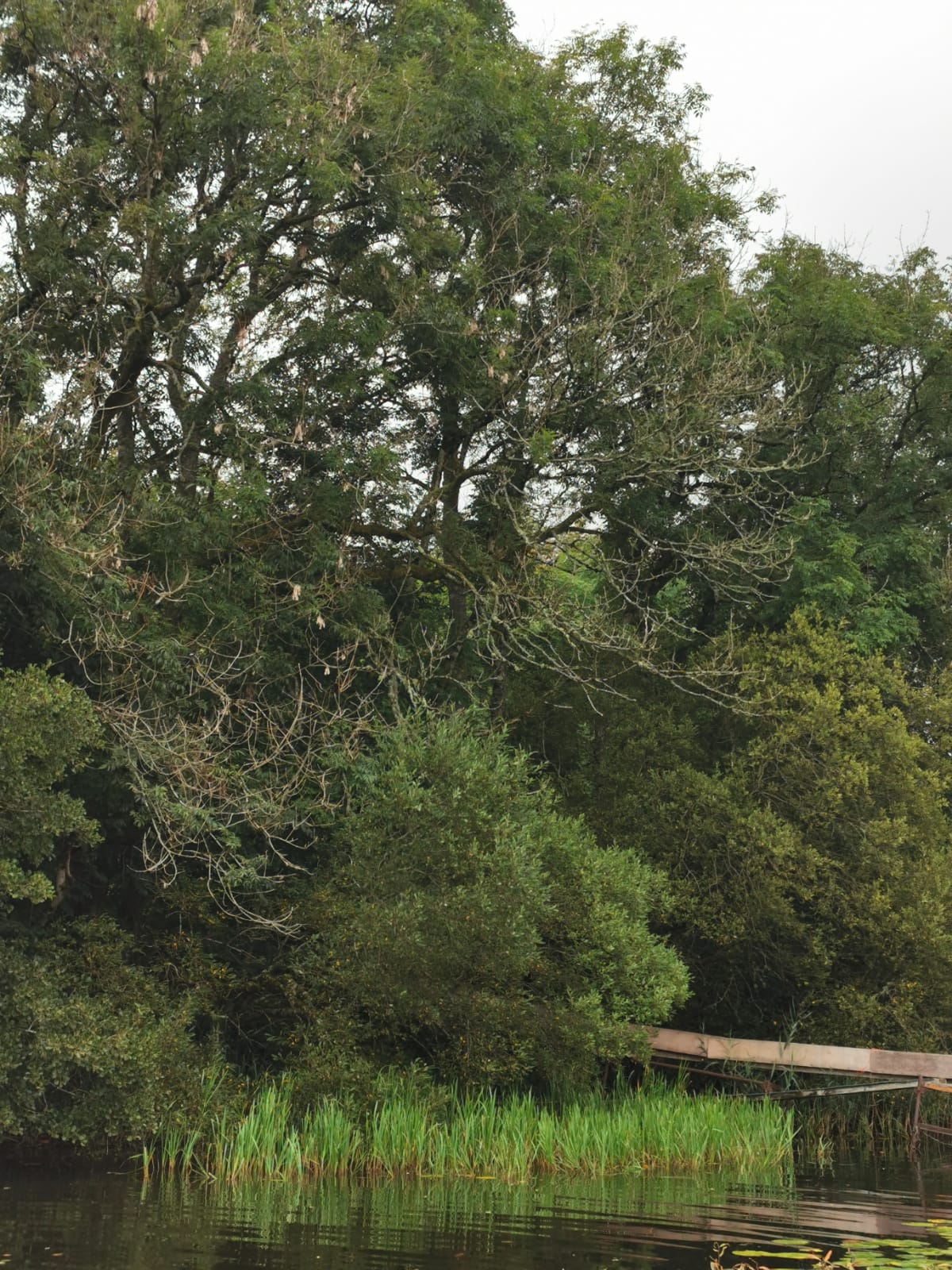