Water temperatures at the Lake remain high 21C at 6ft. So bring your high D lines if you have them – as “the method” is to fish buzzers at 30 ft in the North Inchmahome deep area. Having said that we had a visitor on sunday who had hoped to fly pike fish but had brought his trout gear as he had heard it was too warm for pike angling (he is still right). He pulled boobies on a floater (at speed) and netted 25 bows (and one small jack). If fish are to be seen, it has been generally in the Tod Hole area. Torrential rain last night might make the Portend burnmouth worth a try. Normally after a sustained heat wave we find a huge congregation of fish in the North Island Deeps and it is not too difficult if you are prepared for the tactics but occasionally the fish can go deep elsewhere – notably on the road shore deeps. Might be worth having a wee explore. Many folk are fishing bouyant fles at depth as they are good attractors and move well but arent really that well connected to the anglers and the result is a lot of bumps and knocks but not many hook ups.

So the recommendation is to fish a fab on the point with heavy bright buzzers on the droppers (best fly in the Scottish Clubs was a Dennis the Menace buzzer fished by Neil Cockburn).

Gary Hamilton was up recently and kindly left a bottle of Highland Park for the Memory of Geordie Broon. If you would like to raise your glass in memory the bottle is in the shop (ask the staff). A very pleasant dram Gary. 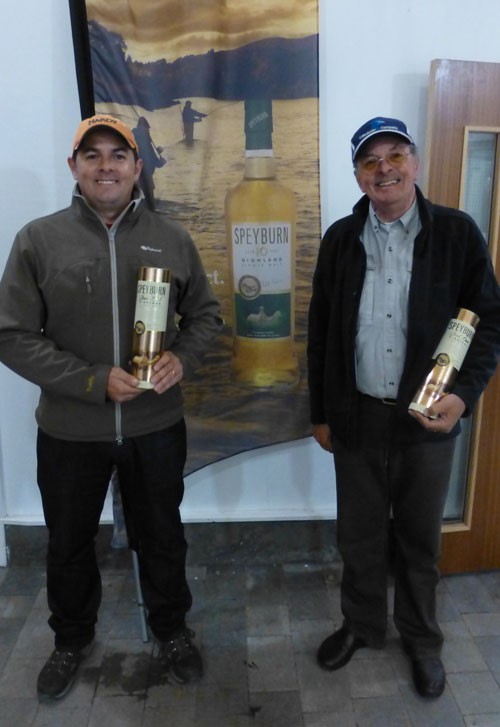 Sandy Robertson of Cupar AC. Left us this week. Our condolences to his many friends and family. Sandy is pictured on the right here after a Scotsh Clubs Heat with son Sandy jnr on the left. This is from May 2013. Sandy  qualified for the champion of champions with his catch of 9 trout but son Sandy was top rod with 16.

Stewart Marshal with a fine deeps brown and Trevor Gibson with fine bow also from the deeps but the reported depth (65ft) was controversial 🙂 . Think the line must have been going sideyways? 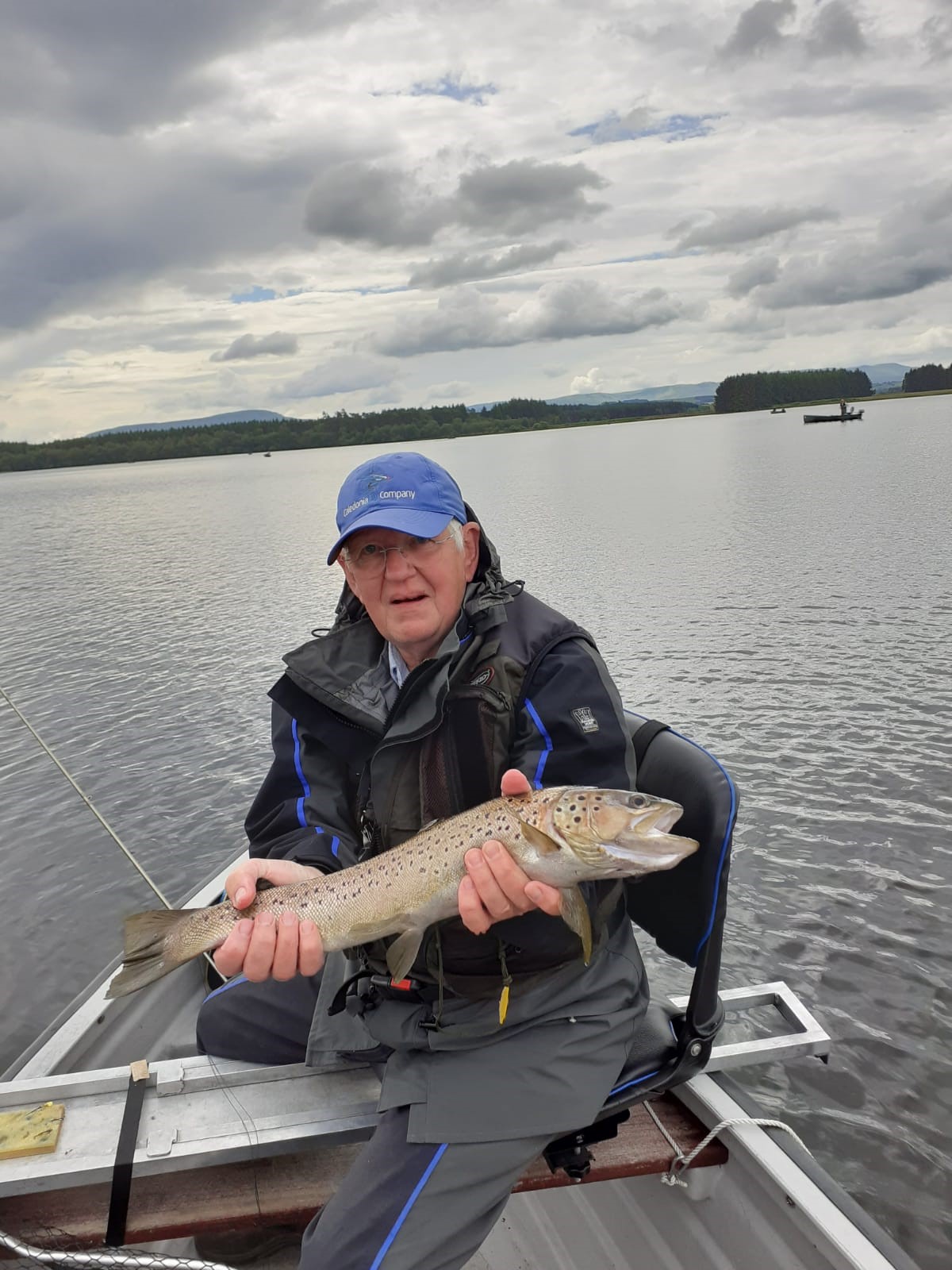 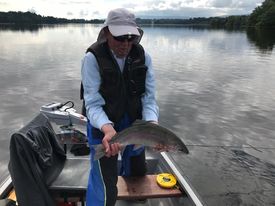