Almost balmy at times at the end of last week and at the weekend – when the wind dropped. Loads of fish cruising subsurface in International Bay, Hotel Bay and at Tod Hole and the Butts. The best bag at the weekend was Stephen Japp  who netted 24 trout and won the 11 boat East Kilbride AC outing. Stephens tactics were hard to summarise as I have heard quite a few different descriptions of his set up, to be honest I think he swapped about quite a lot. He was fishing a flaoting line with bung on the top dropper and taking his fish on buzzers at 6 to 9ft depth – apparently. I have heard he had a fab on the point, a snake on the point and a booby snake on the point. All sounds very novel and certainly effective. The midge tip line with cormorants and a fab on the point worked well in Hotel Bay for Colin Miller from Perth. Colin netted 19 trout on Friday 30th.

The Fario Boat League kicks off on May 12th …the names are starting to collect now including some new faces. Douglas will be in touch to confirm with existing boat leaguers. to register please call the Lake or email the Lake.

John Slaven from Glasgow was out today and was fishing the washing line with buzzer and fab. He took 7 on the buzzers, 3 on fab. Later on he switched to dries and got 3 on the west side of Sams Point. Of his 13 trout 5 were in the 3 to 4.5lb weight range – like this well conditioned fish . 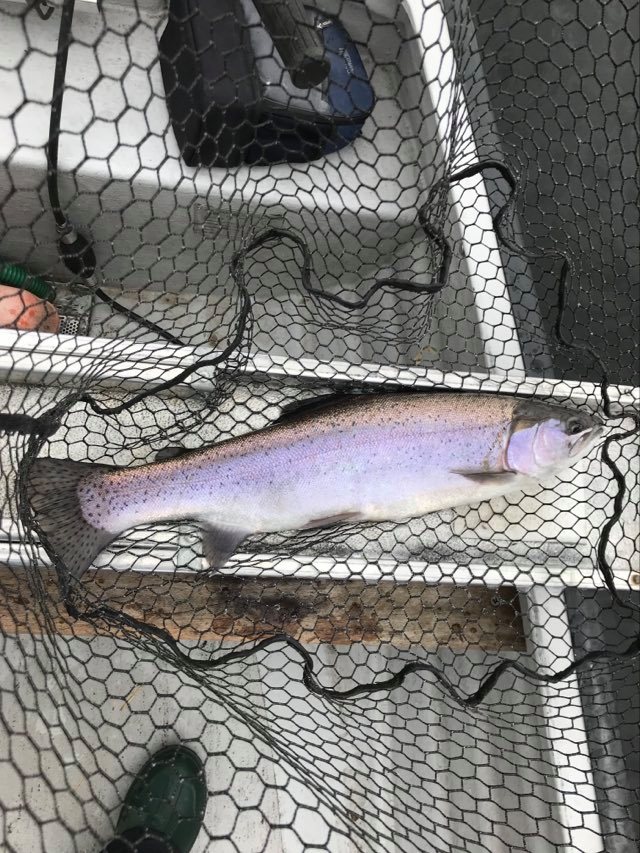 Below is one of my remaining in touch skool mates Calum Robertson from Edinburgh. I was heartened that he caught more than me as it was getting to be quite a long run of being 2nd best and I wouldnt like to see the boy getting dispirited. He took this big stocky on a questionable rubber tadpole. 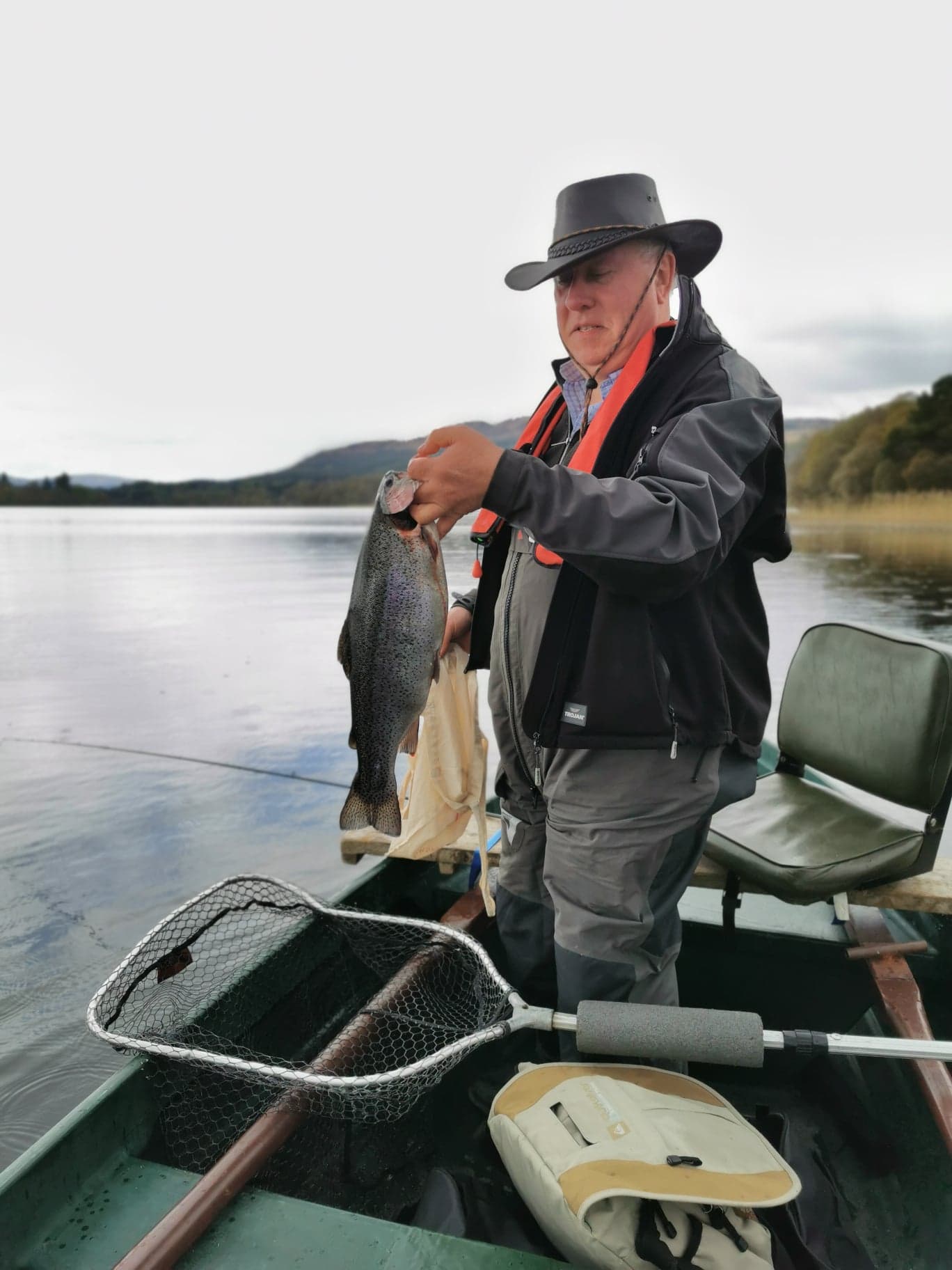