Well things are moving on re unlocking but we are still not sure when the travel ban will be lifted which effectively reduces our business by 90%. The fact that it is has been recently announced that the whole of Scotland will be released at the same time is good news, and means that the Stirling Council area will not be left behind- and to me at least it means sooner than expected.  The latest government statement does give 12-17 year olds the right to travel outwith their council boundary to take part in organised sport.

We welcomed the arrival of two new solid Coulam 15ft Defenders today (we now have 8 recently purchased Coulams).  It was planned to purchase 4 this year but with the big losses made last year we had to trim back and at £4500 each plus VAT – these boats don’t slide under the radar when the cash flow is being scrutinised.

We look forward to next weeks update re travel restrictions and welcoming those that can reach the lake on opening day. Don’t feel you have to cancel unless you have a crystal ball as we now have spaces for those that can travel in the immediate future (including opening day on Saturday 20th March).  As usual we close for the week prior to the  main opening weekend and paint the hut floor and stock the water.  The first stocking will be of fish which would normally have been stocked last season but we had too many fish and not enough anglers able to travel.  The upside is that they are a good size! It will be a  quiet opening day but more on this next week. 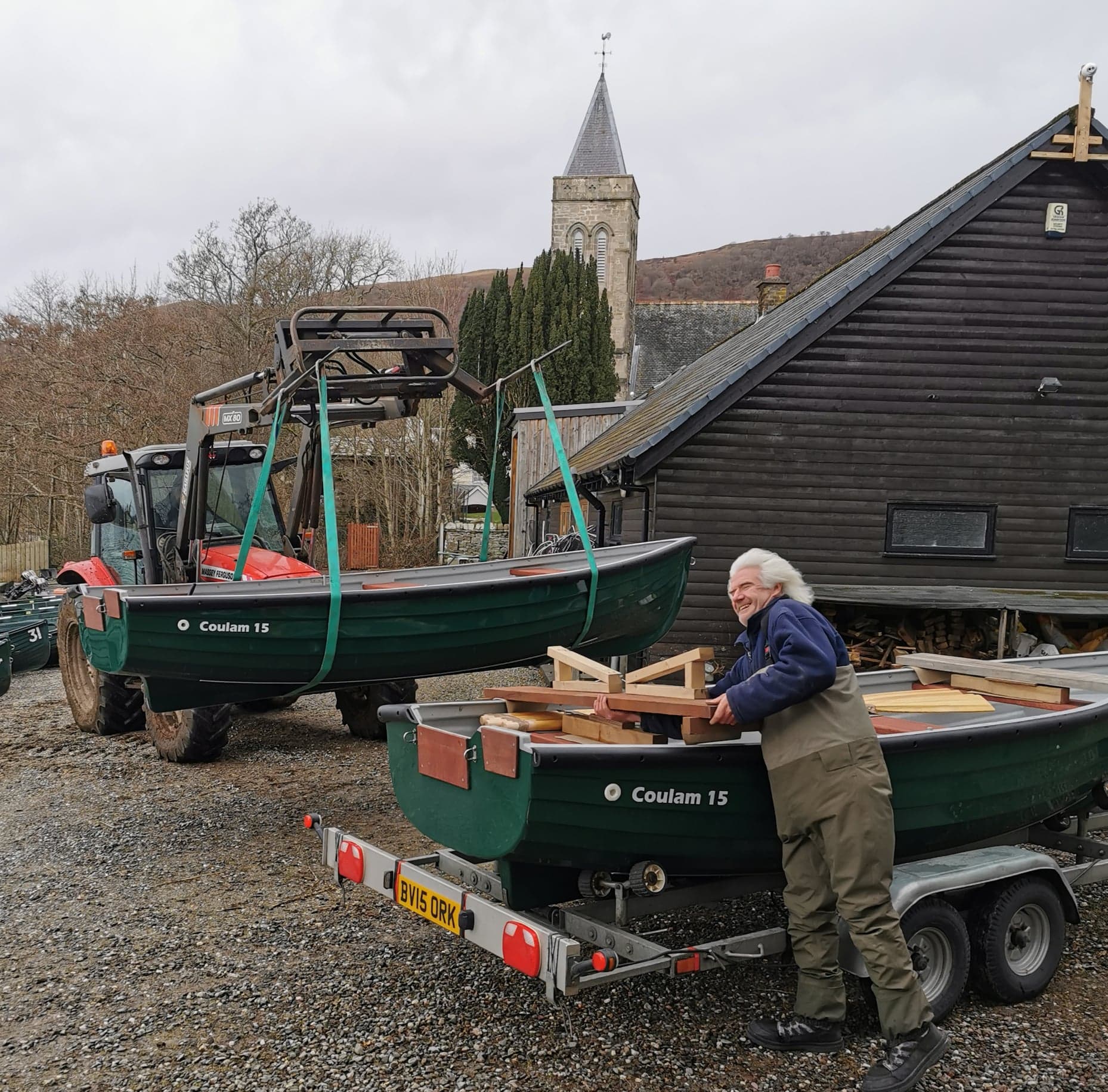