I have spoken to the Police today and they have confirmed that the travel restictions for people within a tier 3 (i.e. Glasgow or Moray) travelling to a lower tier are guidance and not enforceable by law. As before with guidance advice we will be asking the anglers to follow government advice but we will not be attempting to police the government guidance.

Competition season is now under way at the Lake and it was disappointing to hear from Anglian Water that they are cancelling the competition for the second year in a row. One option might be for those who were planning to take part is to pool some Kitty money and have a one off competition at the Lake, or  alternatively cancel the booked practice and competition boats. Happy to help organise a re-arranged Menteith type event or cancel your boats. Let us know!!!!

The Scottish Club Championship first heat kicks off at the Lake this Saturday evening 22nd May. Participating clubs and further advice can be found at  http://www.sanacc.org.uk/2021-scottish-club-championship.html

The FARIO FLY Boat League kicked off last Wednesday and the 22 contestants netted 56 trout. Craig Inglis was head and shoulders clear of the pack with 13 on a cortland blue line and red head damsel…..

As Tyler said the fish have been hard on the buzzer but on occasion very tricky. There also is a fair amount of daphnia about (see below). The answer when the fish are everywhere but not showing interest in your buzzer can often be a fast stripped lure. Below thanks to Roddy for his pictures of Alan and Keith (and himself with some fine fish). Further down pictures of Gary Hamilton and Peter Batchelor who had a good day out netting 33, 25 on the collared buzzer. Jim said the secret was Frank’s line “Where’s ra Burdz.” All areas have fished well this week but the Tod Hole area deserves a special mention.

Bottom Picture is Colin Riach with his electric tiller extension…. 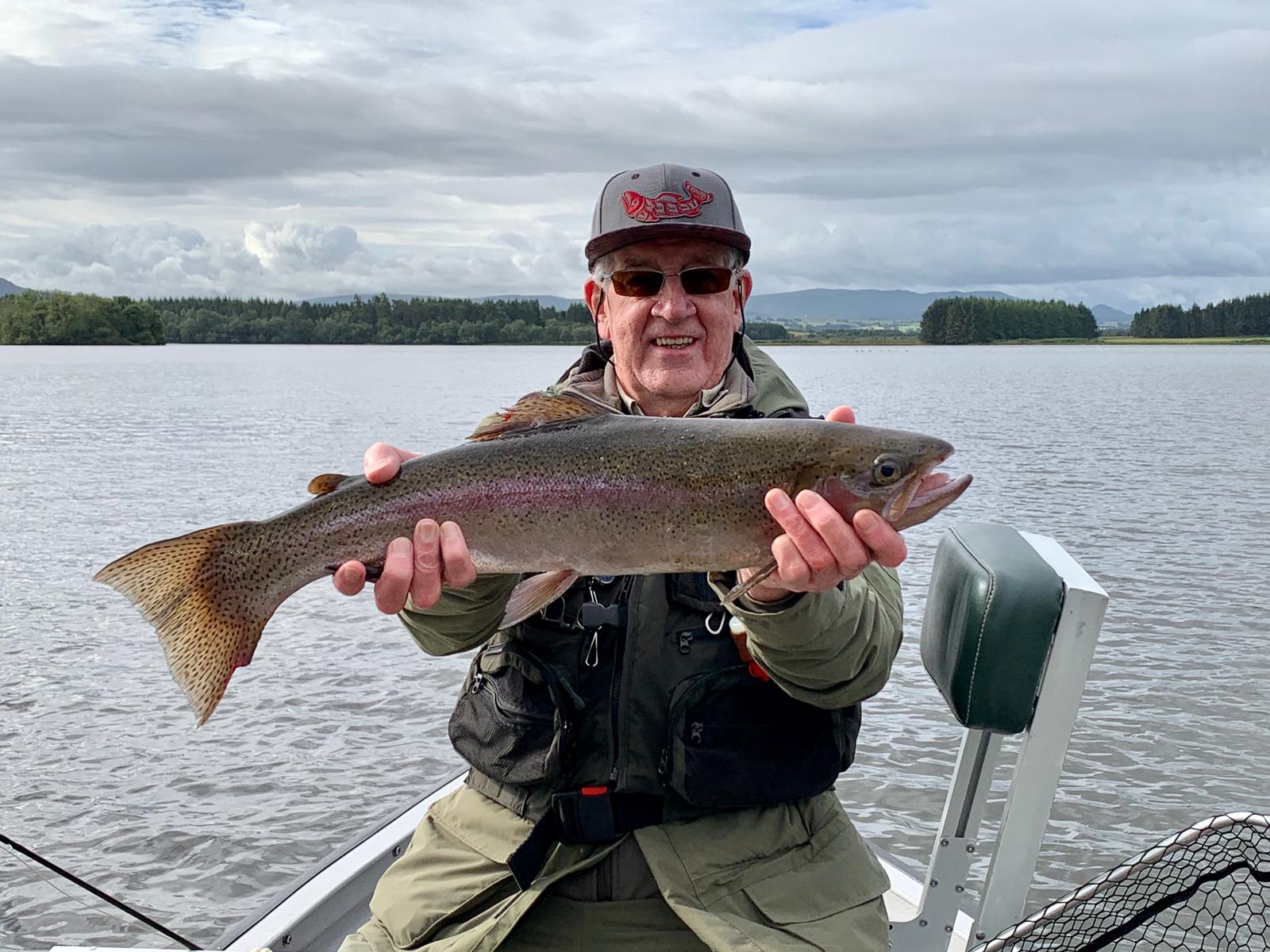 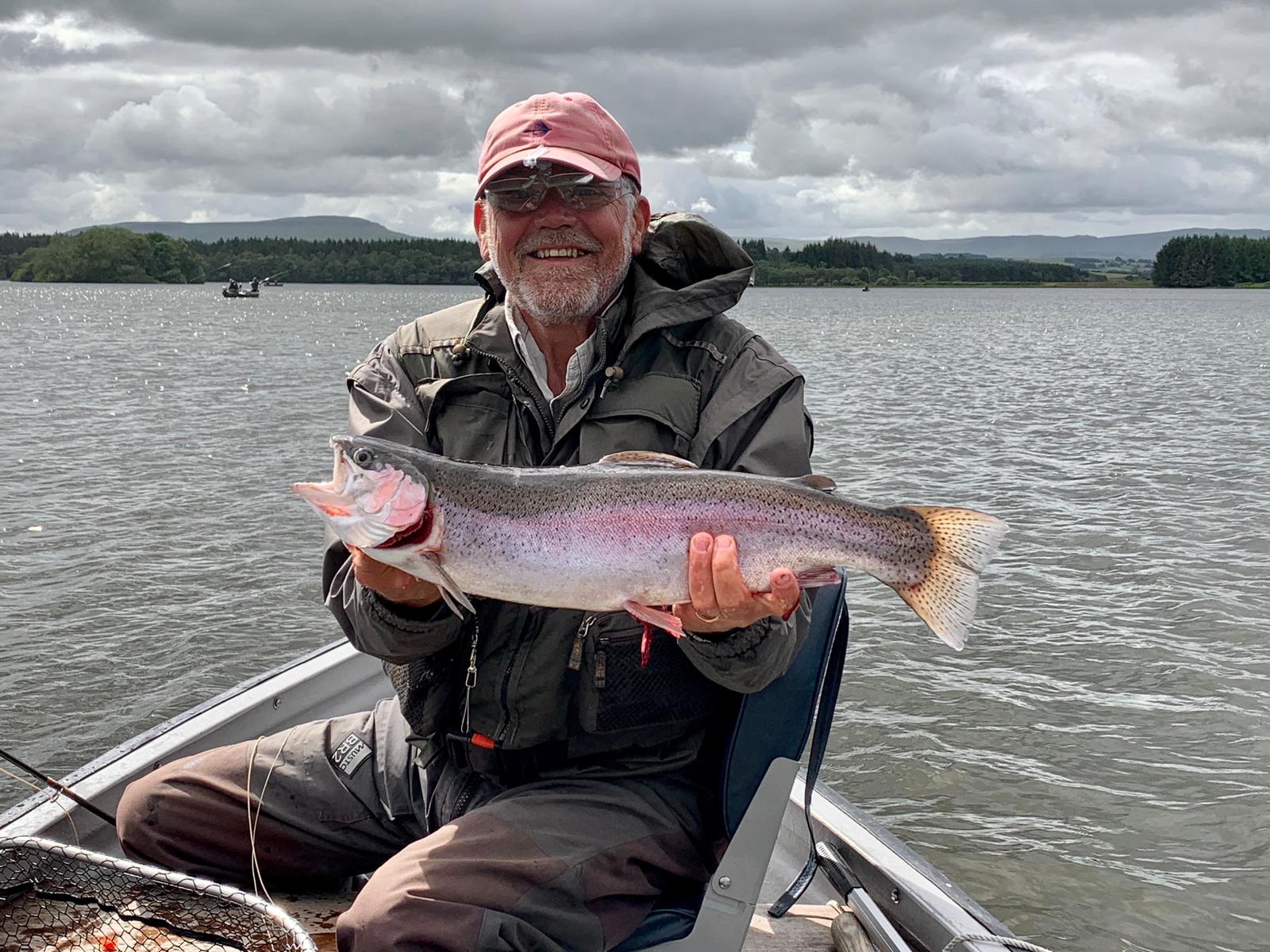 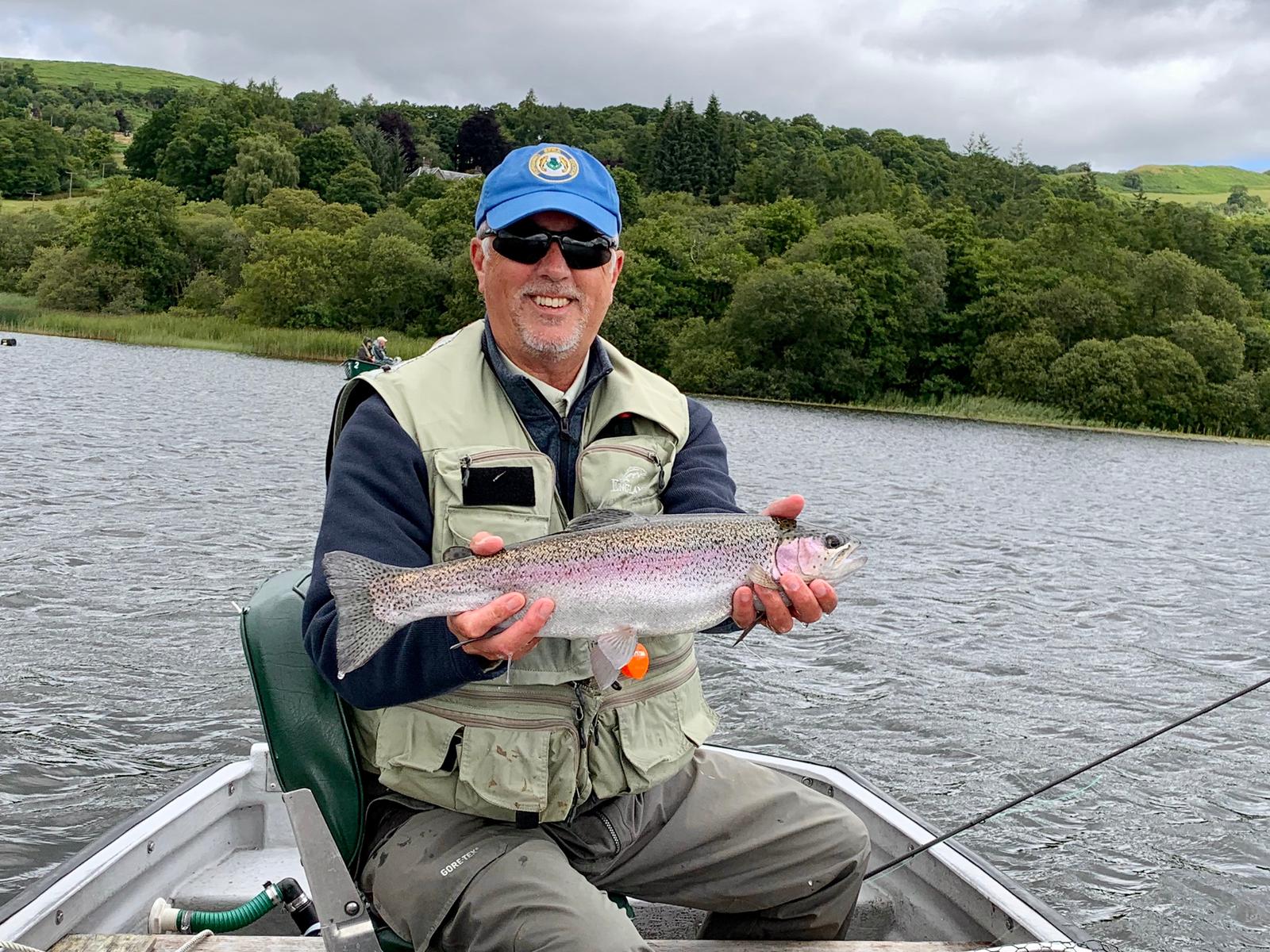 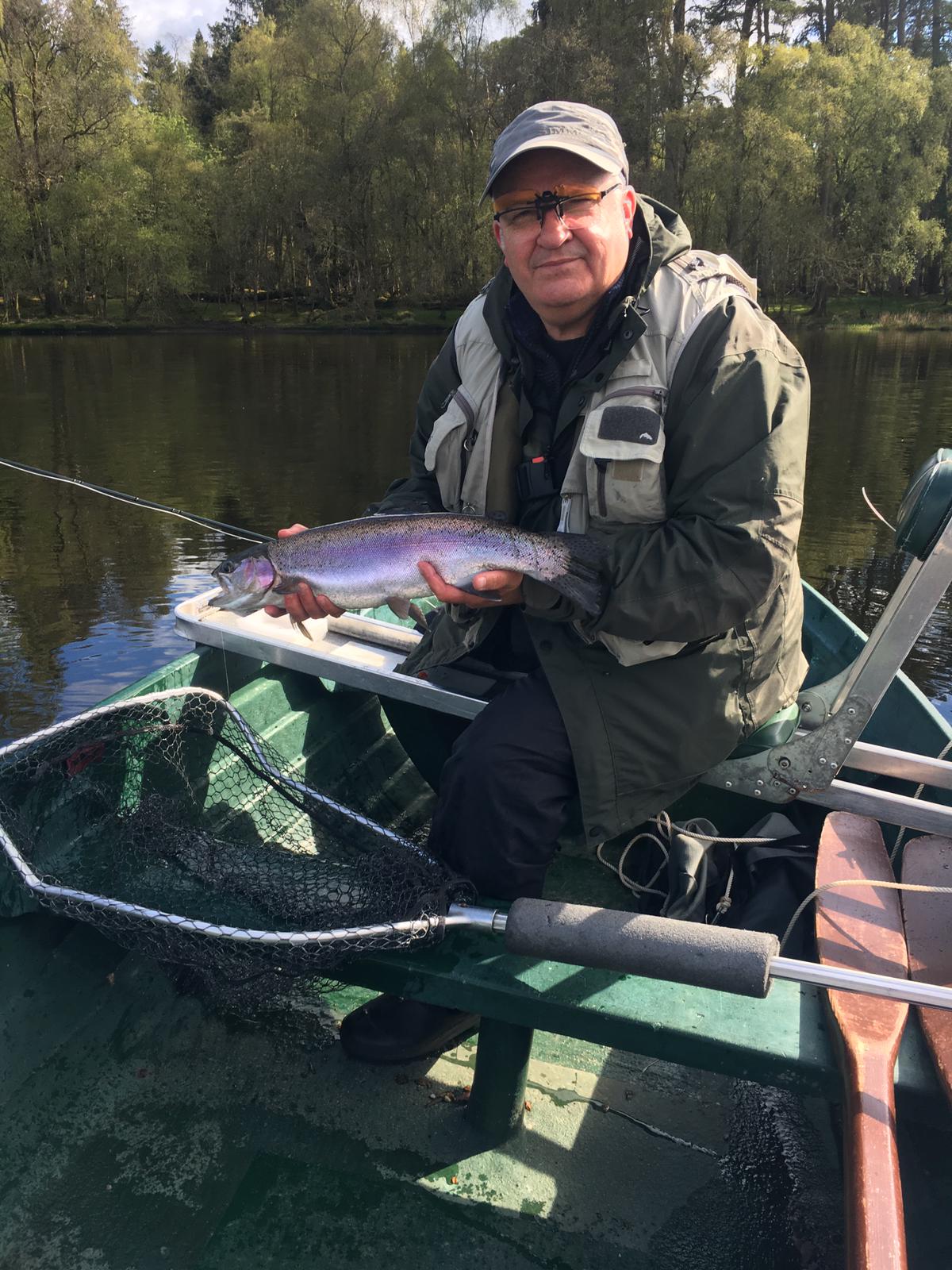 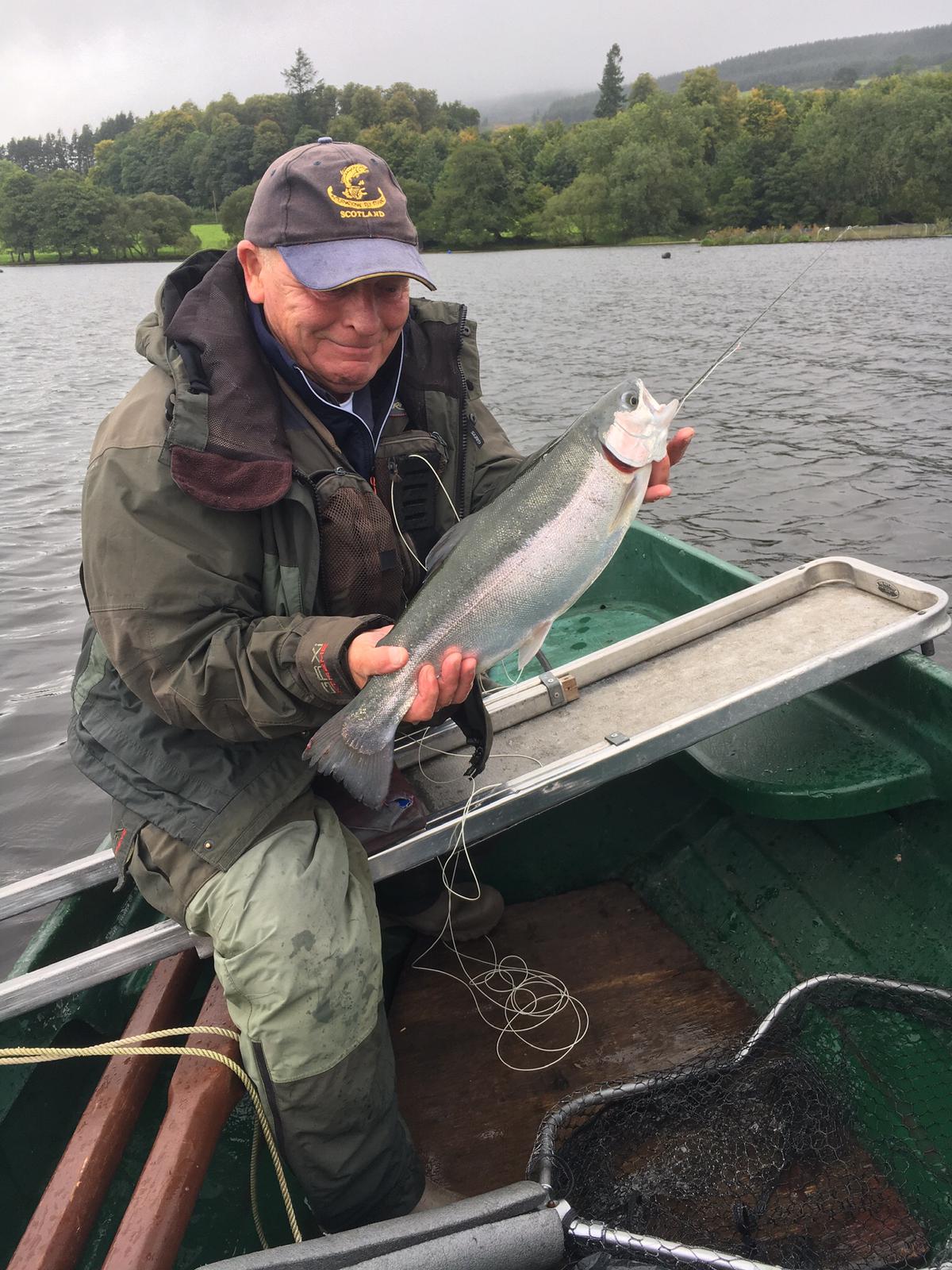 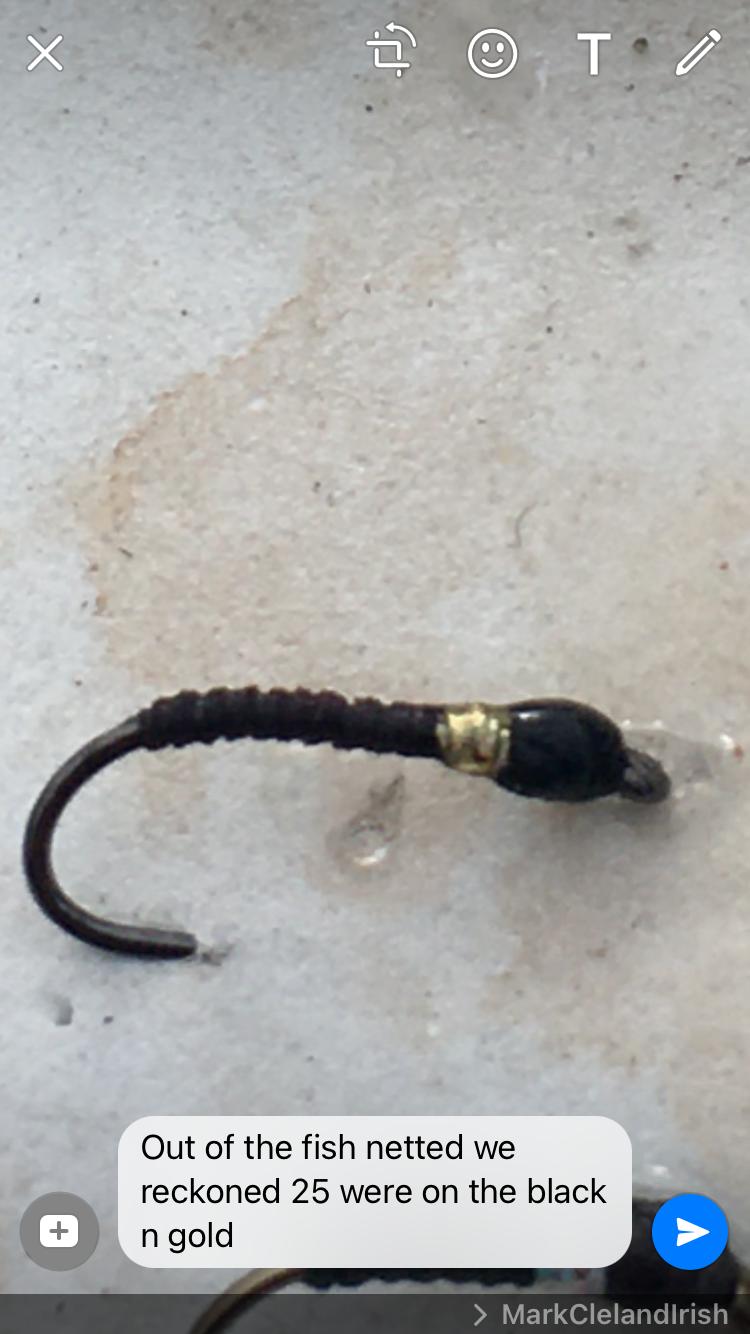 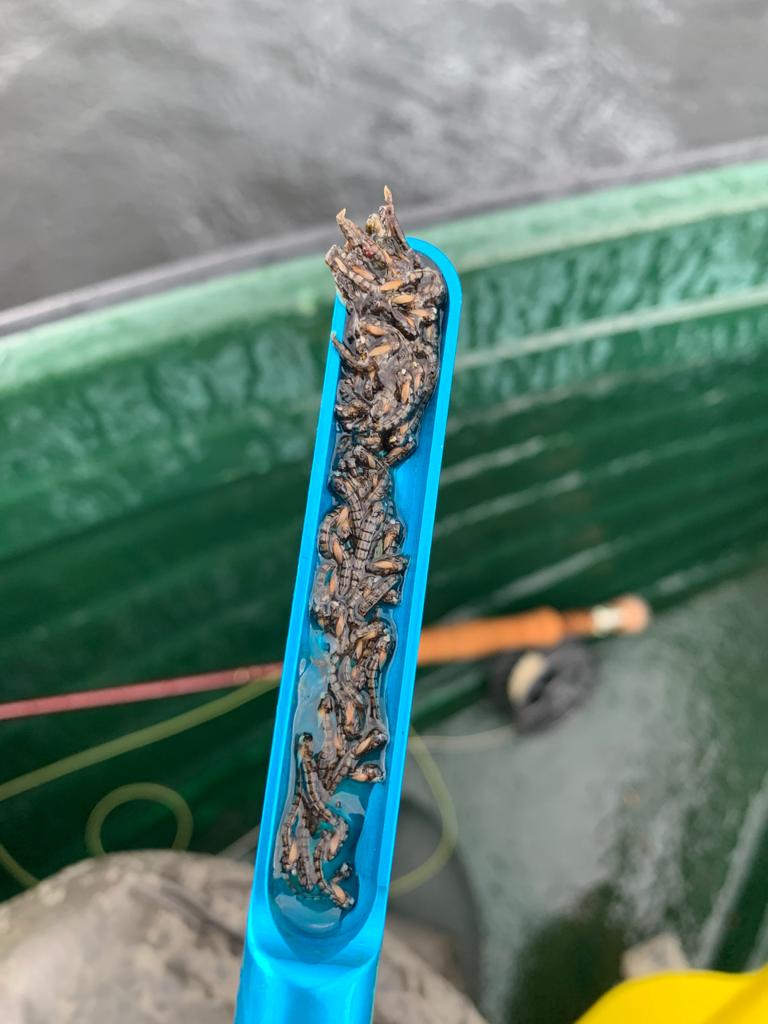 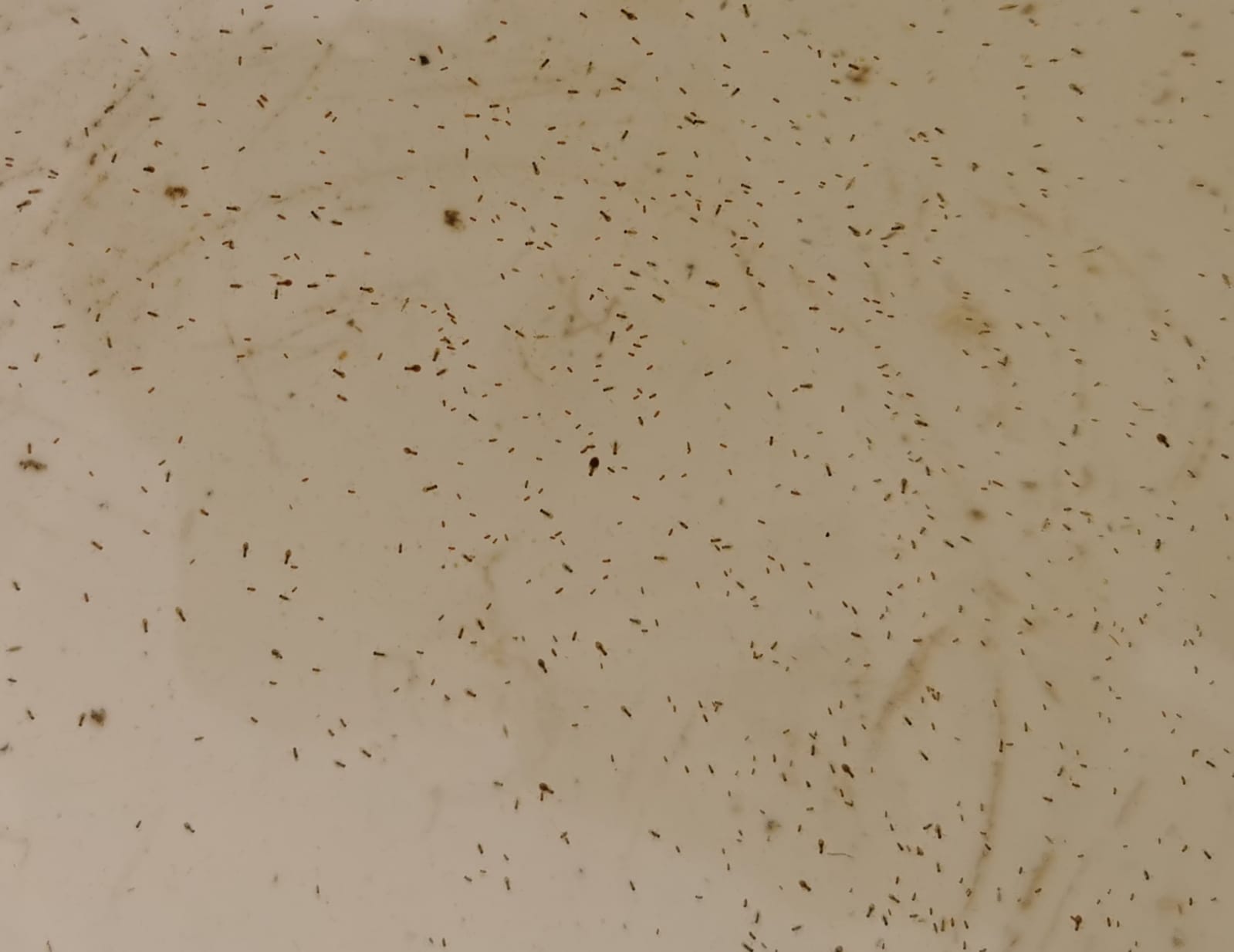 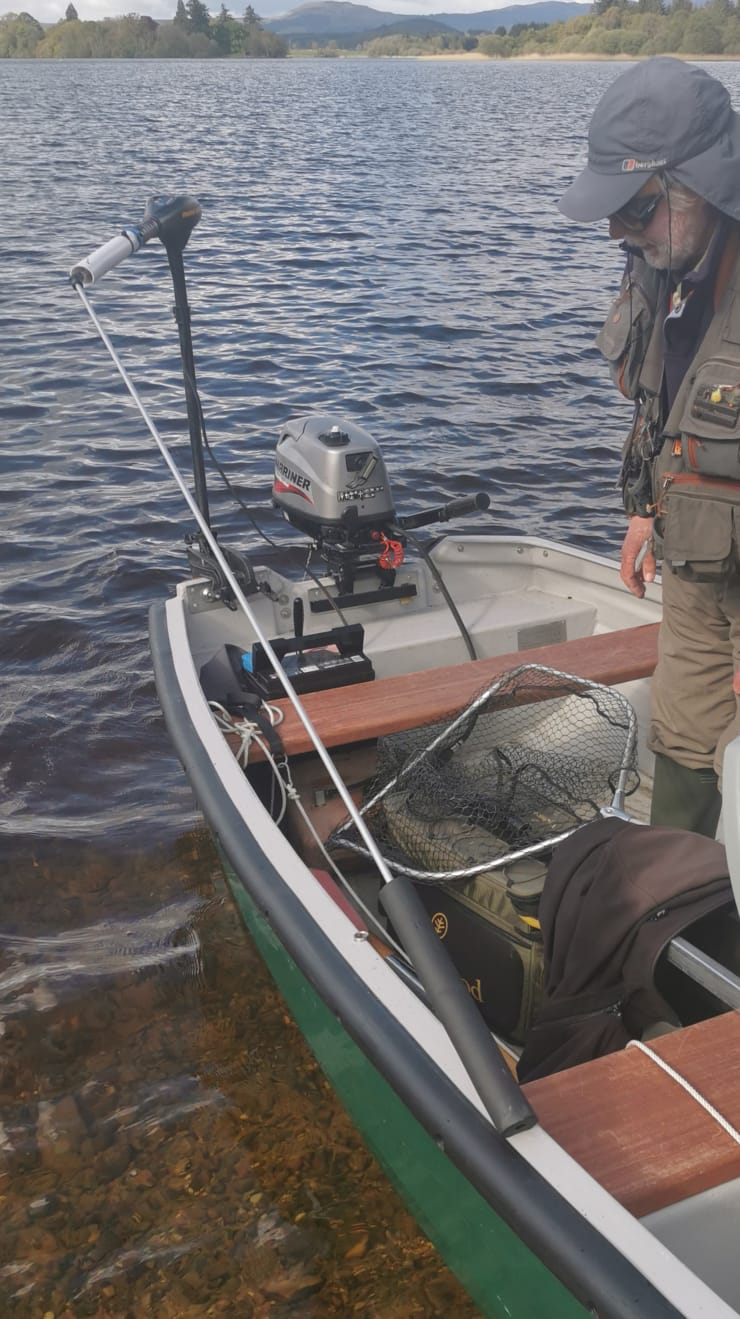