From the 13th to 17th September, between the hours of 8am and 6pm,  the A873 will be closed between Thornhill and the Junction with the A81 at Rednock.

Can all helms men and women please be vigilent for swimmers in the Lake, particularly around the road shore.

It has been a week of advising folks that the fish are deep only to find that the best bags were on dries or vica versa. On Friday morning Keith Renton had 18 fish in Hotel Bay on fast glass and nymphs and virtually nil in the afternoon. On the same Day  with 7 boats the Pentland Civil Service caught 34 fish, of this total 23 were caught by “Stuart and Bob” who were fishing a Di5 with booby and diawls/buzzers deep and slow off the point of the Rookery.  Donnie McBeth from Fort William had 18 on Sunday on a di 8 at 30ft fishing cat bugs and diawls in Gateside Bay – almost the same as the combined catch of the other 5 anglers fishing the Scottish Pulp and Papermill outing.  Fraser Renwick and Jim Twaddle were the best boat that I spoke to on Monday with 16 trout, ……… fishing drys (foam daddies) between the point of the rookery and the Portend Burnmouth. I have also heard of good fishing at Lochend and the Malling Shore and  also of nothing doing there…..

This week we are stocking around 900 trout including some crackers that we have grown on for a while. This spotty individual shows you the calibre of the fish that are going in- although I have to say that there were  bigger and more beautiful blues in last weeks batch. 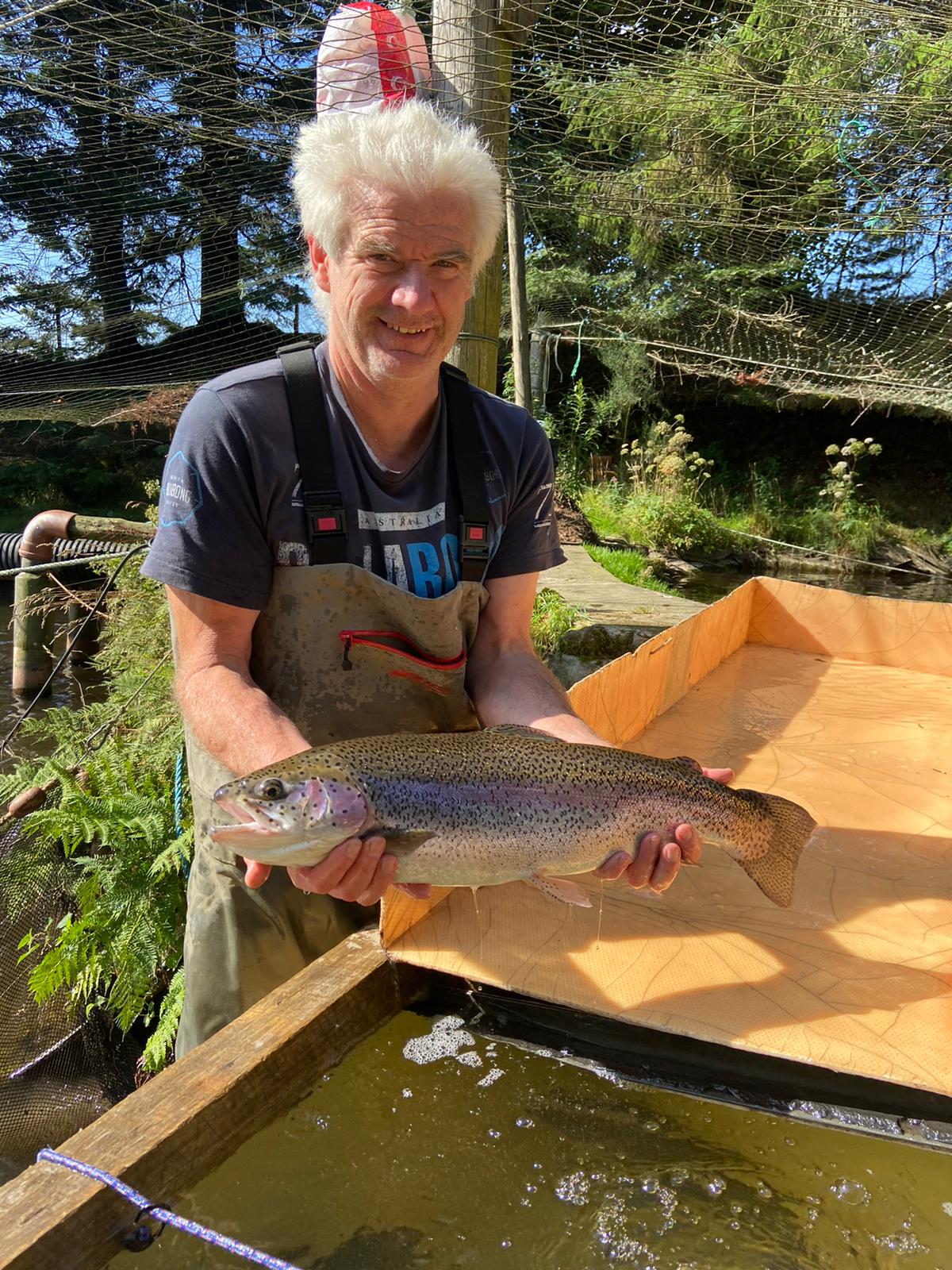 The following boats have been reserved prior to making the remainder available to all online. 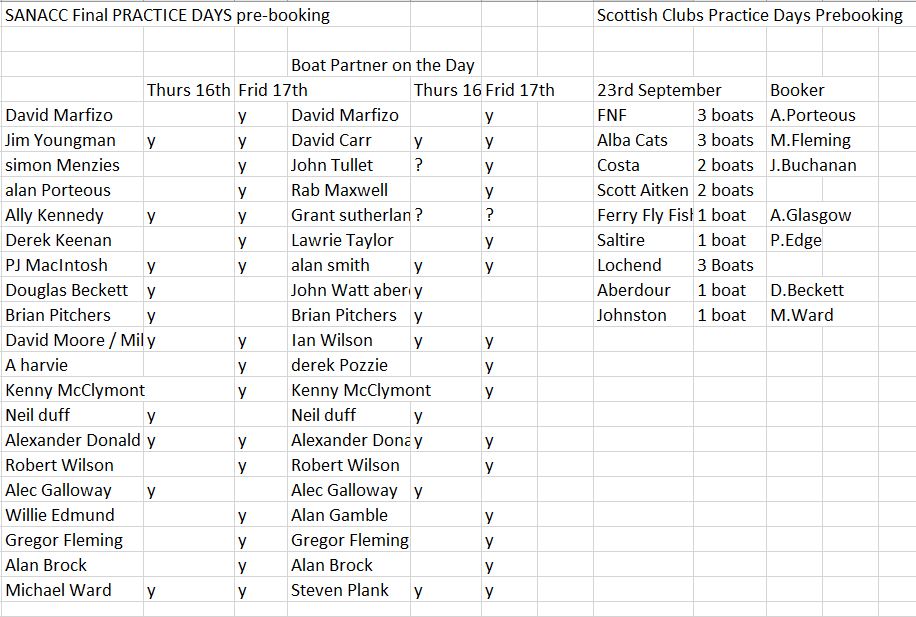