In the Scottish open championship final 58 anglers caught a total of 347 fish. Top rod on the day was Brian Mackenzie with 16 fish, 2nd place was Scott McGregor with 13 fish and in 3rd place was Ken Oliver with 12 fish. Productive areas on the day were Gateside bay, Malling shore and the Roadshore. Below Brian Mackenzie winner of the 1st Scottish open and all of the boats ready to go before the horn was sounded. 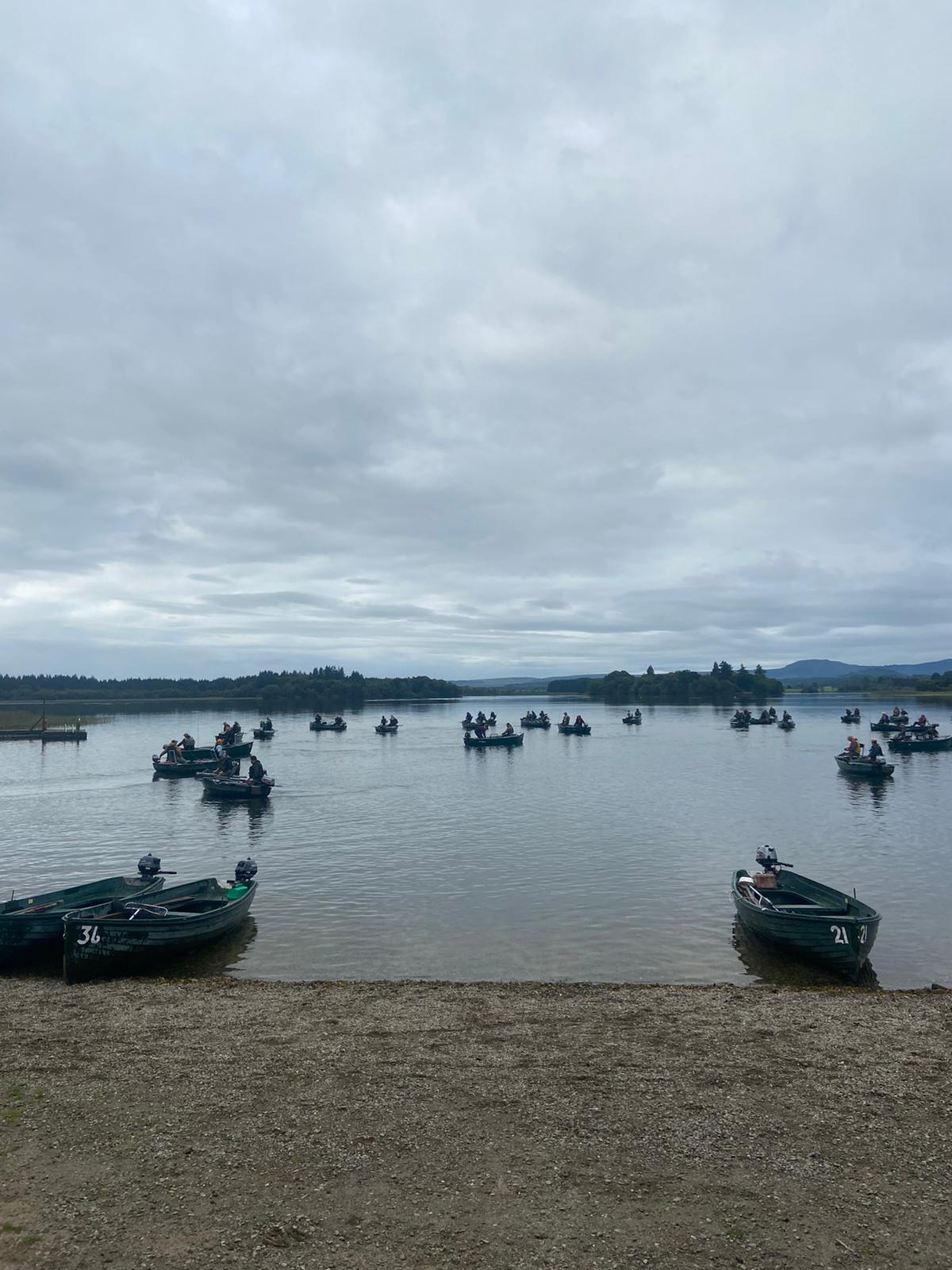 The fishing so far this week has been a mixed bag. Colin Clerk had a successful day yesterday using an intermediate line and a cat bug in Gateside bay and the Roadshore. There has also been some reports of good catches coming from the Malling shore. Carol and David Sanderson recently won a day’s fishing on the Lake with Paul Young. They won it through an online auction with the proceeds going to the Angling trust. Pictured below Paul Young with Carol and David. 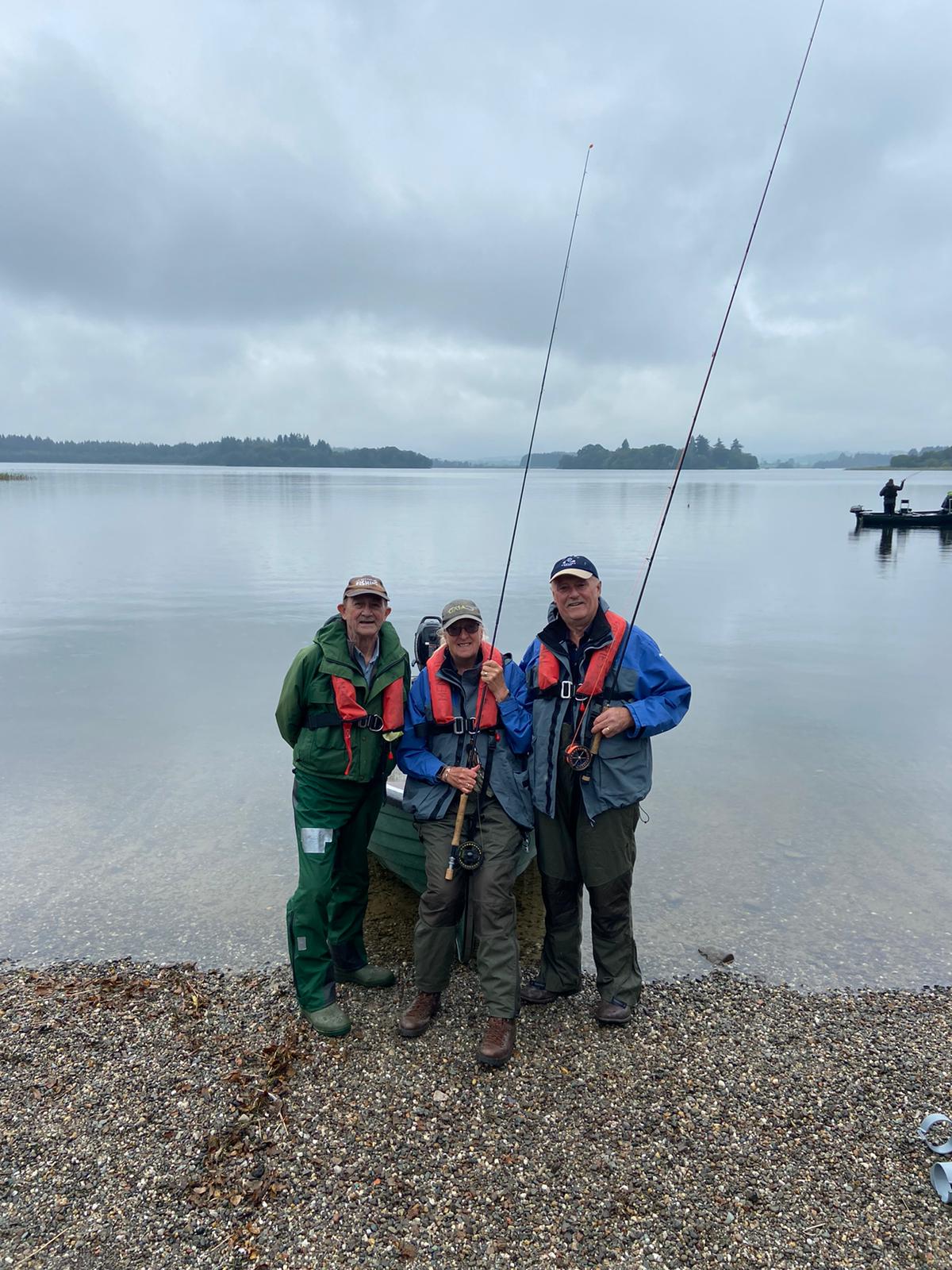 We stocked 400 fish yesterday with another 400 planned to go in tomorrow ahead of the Scottish national on Saturday.

The water level at the moment is rather low with the temperature 18C so it is cooling down slightly. The water clarity at the moment is fantastic with it sitting at 2.9 metres. We’ve had a wet morning this morning and there is more rain predicted on Friday so I believe the water will continue to cool down gradually. It has been an unusually warm September but I believe that we have had the majority of the warm weather already.

Pictured below, Stuart Hardie playing a fish in the drizzle in front of the hut as i was writing the report. 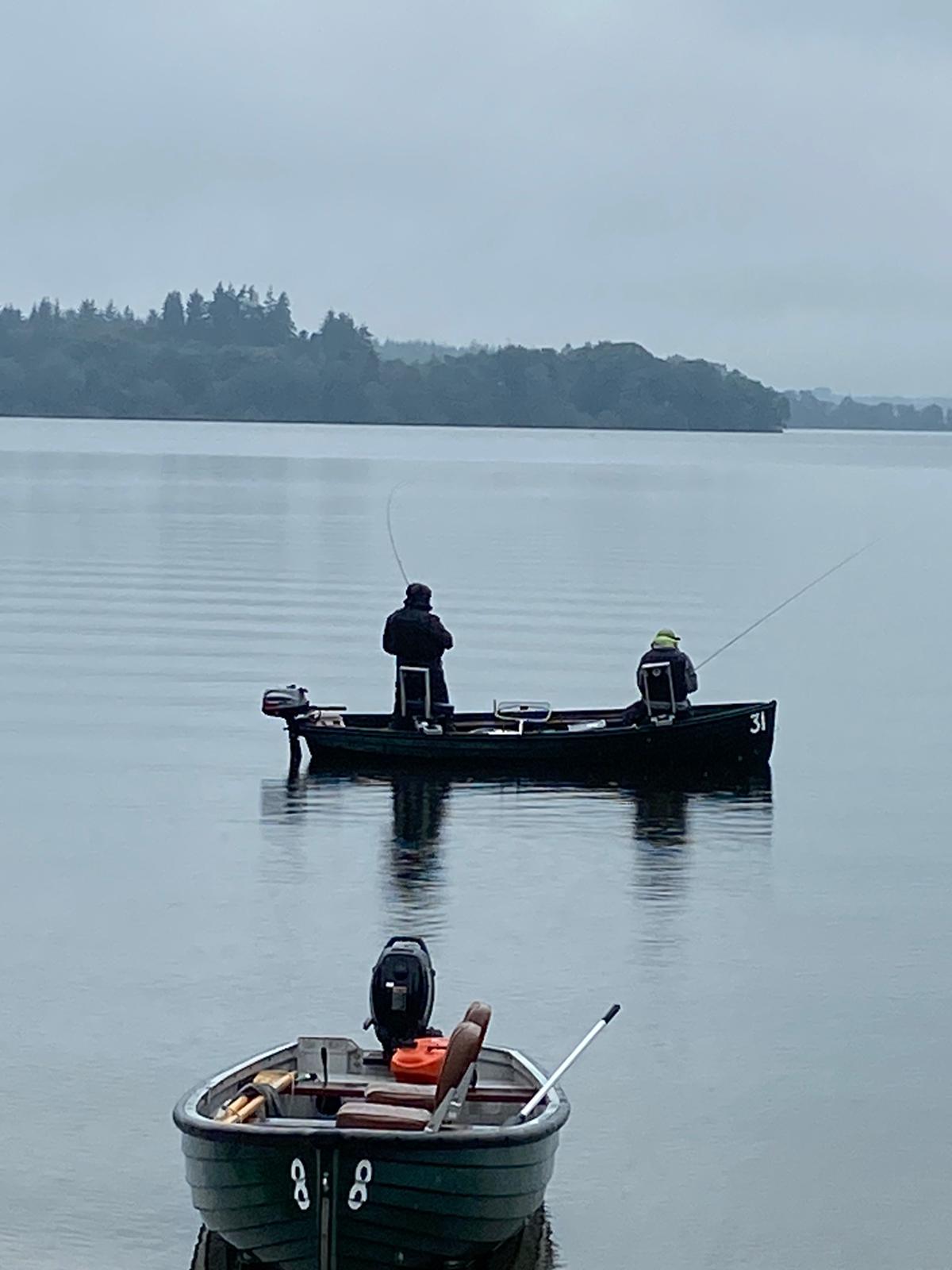 We still have a few boats available this week, we have 6 left on Thursday, 3 on  Friday and 5 remaining on Sunday. If you would like to book please do so via the website or give the fishery a call on 01877 385664  .